To inspire and equip individuals, marriages, and families in becoming unwavering ambassadors for the kingdom of God by leading a transformed life with legacy in mind.

The Birth of a Ministry

Forge a Legacy was birthed out of a mess being turned into a message. Addiction, selfishness, dysfunction, lies, hurt, and anger destroy. These traps don’t mean life is over. There is hope. There is another way. As ordained ministers who have committed the past twenty years to marriage and family growth, Jason and Toni of Forge a Legacy have a purpose to forge redemption and hope and to empower others to forge their own legacy built on the solid foundation of Jesus Christ. A legacy of victory is for everyone! Everyone either needs to build or rebuild in order to step forward successfully. They are here to help.

• The Trinity: God the Father, God the Son, and God the Holy Spirit
• The Bible is the infallible Word of God
• Teach, heal, and deliver as Jesus exemplified
• Develop and foster personal relationships with Jesus as Lord and Savior
• Convey the truth of the unseen battle for the souls of mankind
• The sanctity of human life
• The sanctity of biblical marriage: one man and one woman
• The legacy of family

We’re a bold, relational, and authentic couple who have walked through some of the darkest and lowest seasons of life together including addiction, abuse, anger, and more. Our once-floundering marriage and fading hopes have been transformed into a legacy of hope and redemption. We have emerged with a passion to support and walk alongside others in their journey toward fullness in Christ through spiritual maturity, healthy relationships, and living intentional lives of purpose. With this passion, we have founded Forge A Legacy, a ministry devoted to seeing others take steps toward true victory in Christ.

"They help people gain practical insight and freedom through teaching and counseling." 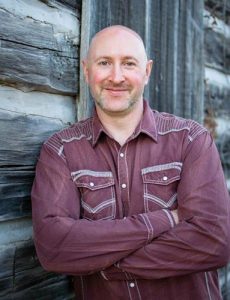 Always with a mind for creativity and boldness, Jason’s life was dynamically impacted by the forces of good and evil at a young (tender) age. “Saved at seven years old and addicted the same year” became the baseline of the tumultuous decades that followed. The war to corrupt Jason beyond all sense of hope amidst a life of pornography fell to the side of a deep longing to breathe in the power and peace of Jesus. The result, a life refined by the fires of trial.

As a graduate of University of Northwestern (St. Paul, MN), where he met his wife Toni, their family grew to the addition of their sons. A corporate career, Christian heavy metal music ministry (Metal Helm/Nokternal Hemizphear Records), co-leading couple and family Bible study groups, and training sons to become godly world changers filled the years.

Driven with a passion to pull people out of their personal abyss, Jason pours his time and energy into creatively proclaiming the eternal power of the blood of Jesus to overcome the darkness. “The opposite of addiction is legacy”, the singular mentality that pervades everything that Jason and Toni embody. Boldly share the gospel, witness the power of prayer in Jesus’s name, and never, ever say die! Jesus is already victorious.

“I have given you authority to trample on snakes and scorpions and to overcome all the power of the enemy; nothing will harm you.” Luke 10:19

“Even in darkness light dawns for the upright, for those who are gracious and compassionate and righteous.” Psalm 112:4 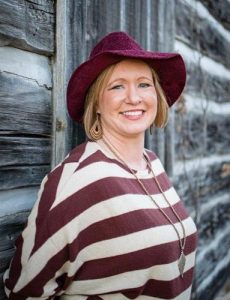 Toni’s favorite sayings may be, “Be effective and efficient” and “Be intentional”. However, they aren’t just sayings to her, they are the way she lives. Growing up, she had parents that believed in her and she worked hard at whatever came her way. She learned the value of being effective, efficient, and intentional. It was modeled to her. She wanted something more. Jesus provided that. Toni now reflects on how the Holy Spirit guided her with opportunities and the right networks to connect to know Jesus more.

Meeting Jason at University of Northwestern (St. Paul, MN) as she studied to be a teacher was a fascinating time of  learning, growing, and preparing. After they were married, they worked to remodel a foreclosed house. It was then they learned the value of tearing down to build up. That has become a figurative motto for Toni as she interacts with others to look for root causes and helps strengthen people in mind, body, and spirit. Anyone who knows Toni personally, knows she lives this out daily.

Toni was always a planner, as organized as could be so that there was time and room for unexpected needs that arose. Toni finished her Masters in Education and found out she was expecting their first born the same day. It was just as she planned, and she will laugh as she shares, “That might be the last thing I planned.” From having a child, the Lord taught her much. In reality, being teachable has always been worth it to her. Likewise, Toni enjoys working with anyone teachable.  As she has been taught, she loves to impart. It is what gets her up in the morning.

Toni never planned to stay at home, much less homeschool their two boys. When she and Jason felt the nudge by the Lord, they obeyed.  They learned obedience doesn’t always come with the right feelings right away. Feelings will follow obedience. So, they tried it and never turned back.

“The heart of the discerning acquires knowledge, for the ears of the wise seek it out.” Proverbs 18:15

“But grow in the grace and knowledge of our Lord and Savior Jesus Christ. To him be glory both now and forever! Amen.” 2 Peter 3:18

Jason and Toni have two teenage boys who have been raised being homeschooled, and are now out-of-the-box thinkers, doers, and entrepreneurs.